A few months ago, Write on Edge sent out a prompt that I thought about writing on at the time, but didn't have the words for. Unlike most of the prompts though, I didn't discard it - for some reason, there was something there that stuck with me. The thing is, I write about friendship a lot - it's an important topic in my life, and thus in my blog. And so, while I have things I want to say, I also feel like maybe I've said them all before.

The nagging thought is still there though ... I find myself thinking often about how sometimes friendships just die out, and that maybe I can stop that from happening. I ponder that sometimes someone isn't who you really need them to be, or that what you had in common had faded, or ... who really knows why. When there's no break up, it's hard to really know what happened. In some ways, I understand better when romantic relationships end. 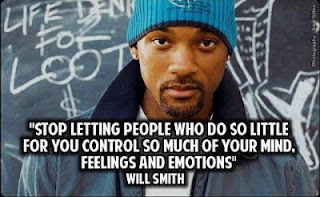 
I'm disappointed - in myself, and in my erstwhile friend. I'm sorry that something I thought mattered didn't. And I'm having trouble remembering that doesn't mean that I don't matter. I wish I had the words to tie it up in a pretty bow. But ... now you're just somebody that I used to know. And maybe even that was never true.
__________________
Write on Edge Prompt:

A close friend is currently in the midst of a decision that would involve moving almost 1400 miles. While I unequivocally support any decision she and her husband make, my own emotions about the possibility of the move have given me the opportunity to really think about the role that her friendship, and friendship in general, play in my life.

This week, we’d like you to explore friendship. You can talk about a current friendship or one from your past, a friend you met over kindergarten snacks or happy hour at your first job. Examine your emotional interest in the friendship and the role it plays, or played, in your life.

The word limit for this prompt is 400 words. While that may not seem like many words to devote to a friend you’ve known for thirty years, try to provide us with a snapshot that encompasses your feelings about the friendship.